UK Minister for Africa James James Duddridge has called on Malawi to step up efforts aimed at combating climate change and its effects on communities.

He said natural resources in Africa are under immense pressure some of which have infuriated water “wars” and this calls for collective urgent actions to address the challenges.

“Malawi has a special place during next year’s conference on climate change and, therefore, government and all non-state actors must prepare a strong common position that can help amplify climate voices,” Duddridge said.

Minister of Forestry and Natural Resources Nancy Tembo highlighted fragmented approaches in the implementation of climate change policies among partners and financial and capacity constraints as some of the areas that needs attention to win the climate change battle.

Said Tembo: “As we run up to the CoP26, it is imperative to build greater momentum and action on climate change. I, would, therefore, request the UK Government to continue supporting the LDC members of the Adaptation and Resilience Coalition in following through with the initiatives that were launched at the Climate Summit that took place during the 2019 United Nations General Assembly in New York, as well as the pledges that were made for Adaptation Finance by the various individuals, governments and organisations at the Summit.”

She admitted that the operationalisation of the country’s National Climate Change Fund aimed at pulling resources in one basket for implementation of adaptation solutions, including scaling up of innovations by young people is facing challenges. 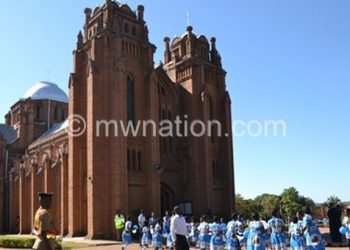